In forming the new supervisory board, Bouwinvest sought to create the best possible balance between knowledge and experience in the areas of management, risk control, financial reporting, compliance, HR, institutional clients and real estate strategy. 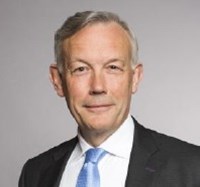 Jos Nijhuis
The new supervisory board chairman Jos Nijhuis (1957) was CEO of Royal Schiphol Group from 2009 until 2018. From 2009 until 2017, he held supervisory board positions in the financial sector at AON Group Nederland B.V. and SNS Reaal NV/Volksbank N.V. Prior to joining Schiphol Group, Jos held various positions at PWC, serving as CEO Netherlands for the last seven years of this period. 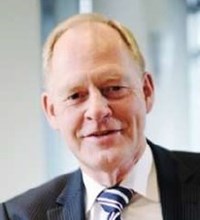 Jos van Lange
Jos van Lange’s (1956) main areas of expertise are finance, risk control and compliance in combination with real estate. Within the supervisory board, he will chair the audit and risk committee. Between 1980 and 2017 he held various positions at Rabobank Nederland and Rabo Real Estate Group. During his last years at Rabo Real Estate Group, he held the role of CFRO from 2006 until 2013, and was CEO from 2013 until 2017.

Both Jos Nijhuis and Jos van Lange hold various other supervisory board positions.

Dick van Hal, CEO Bouwinvest:
“I am happy with our new supervisory board chairman and member. Both bring a lot of relevant experience to these roles. Jos Nijhuis has a lot of first-hand experience with strategic, organisational changes at companies in the midst of a dynamic period of social change. Jos Lange’s background as an accountant is a good fit with our ambitions in the area of finance and risk. With our new supervisory board, we can continue pursuing the strategic course we have embarked on.”