Retailers in the Netherlands must embrace a multichannel future if they are to combat the threats from e-commerce and population aging, a new Retail Report by Dutch real estate investor Bouwinvest has found. The unique characteristics of the Dutch retail sector have so far helped it fend off the e-commerce incursion affecting so many other global markets, but pressure is growing and with it the fortunes of large and smaller cities will increasingly diverge. 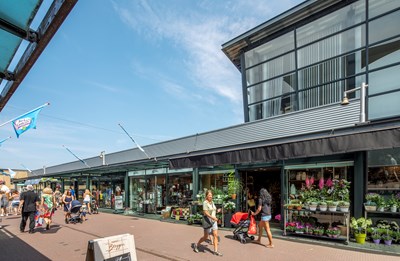 Collin Boelhouwer, Director Dutch Retail Investments at Bouwinvest, said: “Retail property markets are under pressure in many countries around the world due to the growth of e-commerce, demographic developments, economic uncertainties and changing consumer preferences. Retail locations in the biggest cities in the Netherlands though have performed better in the past decade, with low or only slightly rising vacancy rates, in comparison with the majority of smaller urban centres. We expect this trend to continue in the next 15 years, as the big cities look set to book the strongest population growth and be least affected by the greying of the population. As retail becomes increasingly ‘multichannel,’ the strongest and weakest retail locations across the Netherlands will become more and more polarised.”

The Netherlands ranks third in mainland Europe behind Austria and Belgium by retail space per inhabitant, with 1.59 sqm – although that is lower than the U.S., U.K. and Australia. The resilience of the Dutch retail sector has been helped by the market’s unique characteristics, including the compact nature of the country, the key role of convenience shopping centres in local neighbourhoods, and stringent urban planning regulations that have helped check the development of hypermarkets and out-of-town retail parks. 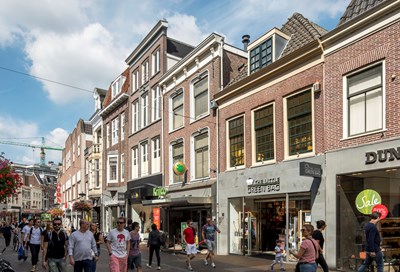 However, significant variations exist across the Netherlands. Dutch retail vacancy rates remain modest in the densely-populated Randstad conglomeration in the west of the country, in particular in the big cities including Amsterdam and Utrecht and Leiden, which are seeing only a limited decline in the number of people within the 15-65 year old age bracket – comprising the vast majority of consumers in inner-city shopping areas. In contrast, provincial cities such as Alkmaar, Alphen, Apeldoorn and Venlo, with structurally older populations, are experiencing a decline in the vibrancy and diversity of retail offerings.

Jeroen Jansen, Research Manager Dutch Commercial Markets, said: “The Netherlands is not immune to the fallout from negative sentiment in the international retail market, and in the first half of 2019 retail investment volumes were half the level of the comparable 2018 period. Both rental and property values have been declining across the country, but since retailers want to continue renting in strong locations, we do not expect major fluctuations in rental levels there. Secondary inner-city shopping streets in the largest cities and large-scale retail centres are also well positioned, although the latter show a greater deviation in terms of total returns.”

In addition to rising e-commerce penetration – which is expected to virtually double in the Netherlands to 19% by 2025 – retailers are grappling with socio-economic developments such as declining disposable incomes among large population groups, and a shift towards services and spending on healthcare. In terms of retail segments, Dutch supermarkets have held their own in the past decade, and retail landlords are keen to have them as anchor tenants of local convenience centres and regional shopping malls. Other retail segments such as fashion, toys and consumer electronics are bearing the brunt of the growth in online sales at the expense of bricks-and-mortar stores.

Jeroen Jansen concluded: “In the future there will be fewer stores, but the retailers will be better, and we expect a far-reaching symbiosis between online channels and physical stores. There is only one way forward: the future of the Dutch retail sector is multichannel.”