The challenge of how to eliminate the Netherlands’ enormous housing shortage over the next decade is a key trending topic in the Dutch real estate sector. The Holland Metropole regional alliance, comprising the five big cities of Amsterdam, The Hague, Rotterdam, Utrecht and Eindhoven in the Randstad urban agglomeration in the west of the country, as well as leading Dutch property developers and investors, are also throwing their weight behind the discussion. In this interview, Erik-Jan van Kempen, Programme Director Spatial and Environment Planning at the Dutch Ministry of the Interior, and Dick van Hal, CEO Bouwinvest, call for more public-private cooperation as they reflect on how we can learn from the past, address what needs to be done and who should take the lead. 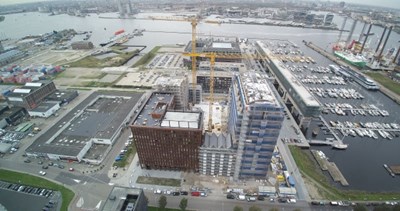 The Netherlands needs to build almost one million homes within the next 10 years to meet the huge demand for housing – an ambitious target that will only be realised by public and private organisations working together. The country has a decades long tradition of public-private cooperation to support urban regeneration and the new residential neighbourhoods developed on the outskirts of many cities have benefitted the whole of the Netherlands. These developments provide a blueprint for a new generation of urban districts.

Holland Metropole has a role to play in this process. A few years ago, the five Randstad municipalities created a partnership with developers, institutional investors and other private parties to promote a united Dutch front at Europe’s leading real estate trade fairs in Munich (Expo Real) and Cannes (MIPIM).

“Because of the Covid-19 pandemic, we were unable to execute that strategy last year so instead, we spent a lot of time with each other online, thinking through our three core themes of liveability, affordability and accessibility. But to realise these goals in an integrated fashion, all players need to put their shoulders to the wheel,” Dick van Hal said.

Van Kempen wholeheartedly endorses Van Hal’s stance: “We have set the bar very high – we need to build 900,000 new homes in and around our cities that fully integrate our ambitions to address climate change and minimises the impact on the natural environment. I think it can be done. The Netherlands is a beautiful man-made country. We need to mould it for the future and look beyond the next 10 years.”

The Netherlands will undergo a radical spatial transition in the next decade. Are we  sufficiently prepared?

Van Hal: “I think the Government’s National Strategy on Spatial Planning and the Environment (Nationale Omgevingsvisie or NOVI), where it presents its long-term vision on the future development of the living environment in the Netherlands is an excellent starting point. Everything comes together there. Fourteen regions have since been designated for new housing in a follow-up paper and we will concentrate on these together. This already provides some direction. We also have clarity on where we will build: both in and around cities. Holland Metropole maintains, however, that we must preserve our Green Heart (a relatively thinly populated area of the country covering much of the middle of the Randstad) and we shouldn’t build there, since this is what makes this area unique.” 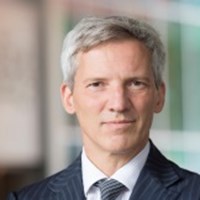 Van Kempen: “We have to do more than just protect our Green Heart: we need to preserve this area through delivering better quality, not by fencing it off. That means proceeding with caution, both in the Randstad and beyond. We need to find the right solutions for the whole country. That’s why it’s good to start with our city alliance.”

Van Hal: “If we were to focus only on the big five Holland Metropole cities they would become completely jammed. It has become clear since the pandemic that working from home will continue and that a realistic alternative is to distribute the population more widely in the future.”

The calls to 'build more and yet more again' are almost deafening. Do you think that is the solution?
Van Kempen: “Interest rates are low; prices are rising higher and higher and that’s having quite an impact. For example, it is now very difficult for first-time buyers to find an affordable home. Accessibility to affordable housing more broadly is coming under pressure and that’s a worrying development. While we don't have the tools to adjust interest rates we can exert more influence on the production process.”

Van Hal: “We can start moving in the right direction by building the right type of homes like social housing and mid-range rental accommodation as well as life cycle-compatible housing for older people whose homes are now too big for them.”

Van Kempen: “I agree. But the last segment is very complex and only a few projects are getting off the ground.”

Van Hal: “It’s not just about quantity, it’s also about quality. Any new housing must meet future demand. Older people are willing to move but we need to create attractive alternatives for them. That explains why so many institutional investors are focusing on this group.”

It's one thing to recognise this fact, it's quite another to take action. Who do you think should make the next move?
Van Kempen: “We know that large institutional investors and developers want to play a socially relevant role and act accordingly. As a government department we are keen to tap into this trend. Cooperation is often more effective than legislation and regulation.”

Van Hal: “This topic is very much on the agenda of the Dutch association of Institutional Real Estate Investors IVBN. We acted as socially responsible landlords during the Covid-19 crisis by easing payment terms for our tenants. We also played a key role in drawing up the Housing Action Programme that was submitted to the national government in mid-February. This is a policy area where public and private parties can work together for the common good.”

Van Kempen: “A huge social need exists to invest in housing with good public transport connections. We need to make this point again when the newly elected cabinet takes office.”

Van Hal: “We need national policy makers to be on our side. Budgets [for infrastructure] must be freed up if we are to realise the ambitions of the Housing Action Programme. The government needs to take up the baton and they must do it now. Its programme aimed at stimulating the construction of more affordable housing has worked very well and should be continued. We think that should also include creating a new ministerial post so that the strategies of the Holland Metropole can be executed faster.”

Van Kempen: “It is not up to the Ministry of the Interior to form a new cabinet, but the national housing production programme has certainly helped to get projects on track through subsidies for new build social housing with maximised rental levels. We also explicitly support provincial and municipal governments with executive power.”

How will more government funding help to achieve the much-desired acceleration in housing production? Will market players start moving? And will they then produce more affordable housing?
Van Hal: “Public funding acts as a multiplier for private investment. We know that investors are, in fact, willing to invest, but given high land and building costs, a reasonable initial return on mid-range rental housing, for example, is not always achievable, so that’s where it can help.”

Van Kempen: “We do acknowledge that. One possibility is to give housing corporations more leeway under the new Housing Act. We are also on good speaking terms with institutional investors and know that they are not just interested in making a quick buck but want to help create the Netherlands’ future urban landscape. And we’re also appealing to private investors to do the same. Maybe I’m idealistic, but I believe in behaving decently towards others. The question investors need to ask themselves is whether they want to maximise their profits or whether they’re willing to accept reasonable rents?”

Van Hal: “It’s not for nothing that we, as an institutional investor, apply ESG (environmental, social and governance) criteria to all our investments. Our developments therefore contribute to the Dutch economy, deliver on important environmental and social issues, and improve pension benefits. And since we invest mainly for Dutch pension funds the knife cuts both ways.”

Dutch newspapers recently ran stories that some local municipalities are considering a ban on ‘bad’ investors in their cities. Does that affect you too?
Van Hal: “Yes, it does, since it affects sentiment towards good and bad alike. The general public and MPs read those headlines as well and have questions. That means there’s work for us to do. We need to make it even clearer that we are in this for the long term on behalf of our pension fund clients. Together with IVBN, we placed an advertisement in the Dutch financial daily FD to communicate what we stand for as institutional investors. We have shown above all that we can do more. Last year we contributed to a 10% increase in national building production, but we can still do more.”

Van Kempen: “Political will exists to give municipalities more scope to tackle excesses.”

Van Hal: “We are, of course, in favour of excesses being tackled, but ultimately such measures also affect the general investment climate. Institutional investors need a stable environment if they are to invest with confidence for the longer term. Political ad hoc regulations such as an unexpected increase in transfer taxes do not help and will scare off institutional investors in particular. They do not like risk and will invest their money abroad. Given the major housing production challenges we face, we need to ensure that doesn’t happen.”

Van Kempen: “If we see results - build homes and get area developments off the ground - then I’m convinced there will be no more ad hoc regulations. We need to prove together that this matter is in safe hands. There is enough planning capacity, but we now need to make things actually happen.”