Bouwinvest Real Estate Investors has appointed Robert Koot as Director of Asia-Pacific Investments. He replaces Tjarko Edzes, who starts as Chief Capital Officer at the Australian Scape. Robert will relocate to Syndey, from where he will lead the Bouwinvest Asia-Pacific team. Jasper Petit has been appointed as Director of European Investments following Robert Koot’s departure.

Stephen Tross, CIO International Investments said: "We thank Tjarko for all he has done for Bouwinvest Asia-Pacific over the past eight years. I am extremely proud that our succession planning is successful and that Robert and Jasper are able to take on these new roles. They have the right real estate and investment experience and expertise to adequately manage the relevant mandates and invest the additional committed capital of the construction pension fund (bpfBOUW) responsibly."

Robert Koot first started at Bouwinvest in 2012, taking leadership of the Research & Strategic Advisory department. As of 2015, he has been a part of the International Investments team and was active in both the United States and Europe. For the past three years, Robert was the Director of European Investments and was responsible for bpfBOUW’s real estate investments on continental Europe. Robert began his career at Jones Lang LaSalle and was part of the Strategic Advisory team. He received a Masters in Business Economics from the University of Amsterdam. 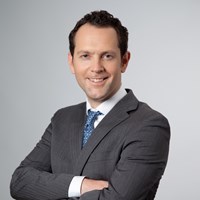 Jasper Petit has worked at Bouwinvest since 2014 and was Senior Portfolio Manager European Investments in recent years. He was responsible for managing the European Portfolio and acquisition strategy. Jasper received a Law degree from the Vrije Universiteit in Amsterdam and an MBA from the Rotterdam School of Management. He previously worked in China and completed part of his studies in the United States.