Dutch institutional real estate manager Bouwinvest Real Estate Investors has opened an international office in New York as it targets approximately $350 million (€300 million) increase in its investments in North America to take total assets under management in the market to $2.0 billion (€1.7 billion) at the end of 2022, from $1.65 billion (€1.4 billion) now.

Stephen Tross, Chief Investment Officer International Investments, said: “We see great opportunities to build on our already substantial North American investments in coming years, with a particular focus on sustainable investments taking advantage of the secular growth trends we have identified and which only seem to have strengthened during Covid-19. New York is the second international satellite office Bouwinvest has opened in the past 18 months, after Sydney for the Asia-Pacific markets, and demonstrates a strong commitment to our local operating partners and the appetite of Dutch pension funds for sustainable real estate strategies in North America. We are very pleased with the performance of our Sydney office and believe Bouwinvest’s New York base will also strengthen our ability to source investments and extend our North American network of relationships.”

Bouwinvest has been active in North America since 2010 and has built a diversified, mostly core, portfolio of investments in urban areas, including recent commitments to ‘last mile’ logistics and office real estate. Together with its partner Avanath, Bouwinvest has also invested in affordable housing in markets where there are imbalances of supply and demand and the need for affordable housing is high, such as New York, San Francisco and Seattle. 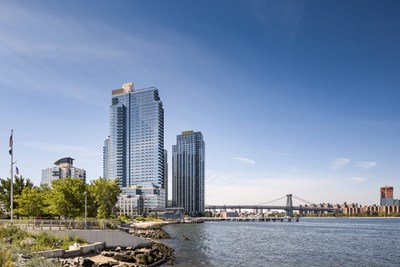 Bert van den Hoek, Senior Portfolio Manager at Bouwinvest, will head the New York City satellite office with a view to strengthening Bouwinvest’s network in North America. Van den Hoek has worked in real estate for almost three decades and has broad international experience in both Europe and the U.S. with Partners Group, Deutsche Bank, PGGM, GIC, Morgan Stanley and Westbrook Partners. He joined Bouwinvest at the beginning of this year.

In recent years, Bouwinvest has significantly broadened its institutional investor base and at end-December 2019 had capital commitments from 25 pension funds and insurers totalling €15.1 billion. The international investments are exclusively managed for the Dutch Constructions Workers Pension Fund, bpfBouw, which is one of the largest real estate investors in the Netherlands with over €60 billion of assets under management. 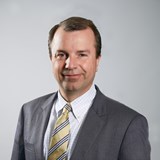