Bouwinvest Investment Returns to Second Successive Record of 12.4% in 2018

Dutch institutional real estate investment manager Bouwinvest posted a total investment return of 12.4% over its portfolio in 2018, hitting the same performance achieved the previous year. The strong result was largely due to the outperformance of three of its Dutch core unleveraged Funds over the 12-month period which generated an average return of 15.0%, up from 13.9% in 2017. The Dutch Residential Fund turned in a particularly strong performance.

Bouwinvest saw its invested capital rise 20% in 2018 to €11.3 billion from €9.4 billion the previous year, thanks partly to the strong growth of its three international regional mandates - Europe (ex-Netherlands), North America and Asia-Pacific - as well as its Dutch Residential Fund. This result puts the company well on track to reach its target of 40% growth in its total portfolio to €15 billion by 2021. Together Bouwinvest’s three international regional mandates increased by 23% to a total of €3.2 billion in invested capital in 2018 and now account for just under 28% of the total portfolio.

Bouwinvest CEO, Dick van Hal, said: “Bouwinvest celebrated its 15th anniversary as an independent core investor and manager of unleveraged Dutch funds in 2018 and this year was a good year for us. Our return on invested capital in 2018 marked the fourth year in a row that we have reported double-digit returns. In 2018, we signed transactions worth €1.6 billion, twice as much as in 2017, and this figure included €853 million in investments outside the Netherlands. We also attracted a number of new clients last year, taking our total to 22 clients. We aim to continue expanding our international portfolio in the year ahead after opening our first global office in Sydney, Australia in February, to be closer to our investments in Asia-Pacific, and we plan to open a new office in New York later this year.” 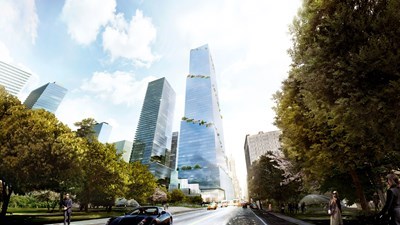 The company’s international investments last year included rental homes in Los Angeles, New York, Tokyo, Shanghai and Paris, together with The Spiral office building at Hudson Yard, New York. In the Netherlands, a number of new projects were added to the pipeline, including the Sluishuis residential project in Amsterdam-IJburg and the Central Park office building at Utrecht central station. All in all, the pipeline increased to €1.8 billion.

Van Hal added that demand for sustainable and ‘circular,’ or energy-neutral, buildings is increasing apace worldwide, among both the users and the buyers of real estate: “This is creating opportunities for a company like Bouwinvest, to invest in sustainable and energy-neutral real estate and improve the sustainability of its existing real estate. We made solid progress on these fronts in 2018. No less than 78.7% of our invested capital qualifies as sustainable investments.”

He cautioned, however, that  possible increasing interest rates, moderate macro-economic forecasts and political factors could all have an impact on the investment climate in the year ahead: “Looking to the future, we expect the value increases in real estate to level off going forward. We will therefore have to take into account lower returns than we have seen over the past few years, but we still believe that a return of between 5% and 7% is feasible, barring unforeseen circumstances. So even in these circumstances, real estate is a good match for the long-term investment requirements of pension funds and insurance firms.” 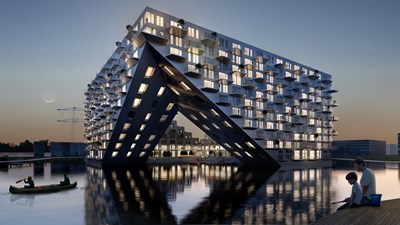 Of the five Dutch Funds, Bouwinvest’s flagship Dutch Residential Fund with €5.8 billion of invested capital turned in the best performance with a strong total return of 18.1% in 2018 (2017: 15.6%). The Fund outperformed the MSCI benchmark by 0.5% in 2018. On a five-year basis, the Dutch Residential Fund has outperformed the MSCI property index by a significant margin of 200 basis points (15.3% vs 13.3%). The direct rental income component of the total return in 2018, at 2.6%, was lower than the previous year due in part to a substantial supply pipeline, which is not yet generating rents. This was amply offset, however, by the growth of the indirect result to 15.6% (2017: 12.8%). The Residential Fund achieved a GRESB sustainability rating of four stars.

The €970 million Dutch Retail Fund posted a total return of 5.6% in 2018 (2017: 7.8%) as it increased its exposure to convenience -- supermarket-anchored -- shopping centres for daily necessities. For instance, the Retail Fund acquired 13 Jumbo supermarket buildings in the Overijssel, Noord-Brabant, Zeeland and Zuid-Holland provinces. The Fund also invested in upgrading its standing assets. The Retail Fund likewise significantly outperformed the MSCI benchmark by 2% in 2018, with the five-year average property return standing at 6.4% compared to 4% for the comparable MSCI index. The Retail Fund achieved a GRESB sustainability rating of four stars. 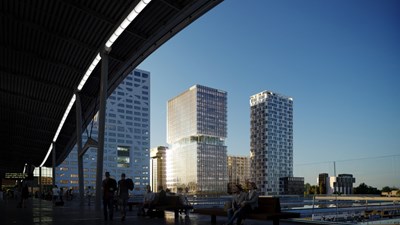 The Dutch Office Fund, which has €771 million invested capital, recorded total returns of 11.5% last year (2017: 13.1%), thanks largely to the indirect valuation component stemming mainly from the buoyant Amsterdam office market. The underperformance of 1.9% compared to the MSCI property index was mainly attributable to redevelopment projects which have not yet generated rental income. The Fund welcomed one new investor and now has four clients. The Office Fund also improved its GRESB sustainability benchmark score in 2018 and retained its 5-star rating, the highest rating in the GRESB universe.

Bouwinvest’s Healthcare Fund had invested capital of €178 million at end-2018 after executing €57 million in transactions over the year for investments in independent care apartments and intramural healthcare complexes in cities including Apeldoorn, Den Bosch, Leidschendam, Almere, Heiloo, Amsterdam and Groningen. The Healthcare Fund recorded a total return of 8.1% in 2018 (2017: 8.0%). The Healthcare Fund maintained its GRESB sustainability rating of one star.

Within the three international mandates, the Asia-Pacific portfolio booked the strongest growth, expanding to €893 million. The Asia-Pacific Mandate recorded a return of 8.9% in 2018 (2017: 16.2%) and outperformed the ANREV/GPR Index by 2.9%. The company invested a total of €311 million in residential, offices, retail and logistics properties. Investments included six residential projects in central Tokyo and logistics properties in Australia, New Zealand, Japan, Singapore and Hong Kong. The Asia-Pacific Mandate has an investment pipeline of €225 million. Some 37% of the portfolio scored above average on the sustainability rating (4 or 5 stars).

The €1.2 billion North American portfolio likewise booked a significant increase in terms of invested capital and recorded a total return of 4.3% in 2018 (2017: 6.2%). This represented a modest underperformance of 0.8% compared to the NCREIF/GPR benchmark index. Over the year, the Fund invested €442 million in residential, student accommodation, healthcare, logistics centres and The Spiral office building in New York. Some 33% of the portfolio recorded above-average scores on the sustainability front (4 or 5 stars). 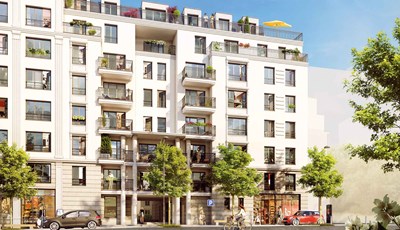 The €1.1 billion European portfolio achieved a total return of 4.7% in 2018 (2017: 10.9%), thereby posting a slight outperformance of 0.1% against the INREV/GPR benchmark index. Over the year, Bouwinvest invested €100 million in residential, offices, retail assets and logistics centres, primarily in major French cities including Marseilles, Nancy, Lyon, Lille and Nice as well as the capital Paris. The Europe Mandate has a pipeline of some €138 million in investments. The fund significantly improved its sustainability performance over the year with 51% of the investments in the European portfolio recording above-average scores on the sustainability front (GRESB 4 or 5 stars) compared to 35% in 2017.